This guide will help speech communication students navigate through informative and persuasive speeches, as well as speech anxiety.

A persuasive speech attempts to influence or reinforce the attitudes, beliefs, or behavior of an audience.  This type of speech often includes the following elements:

Watch out for logical fallacies in developing your argument:

Below is a poster of different logical fallacies. A full sized version can be found here. 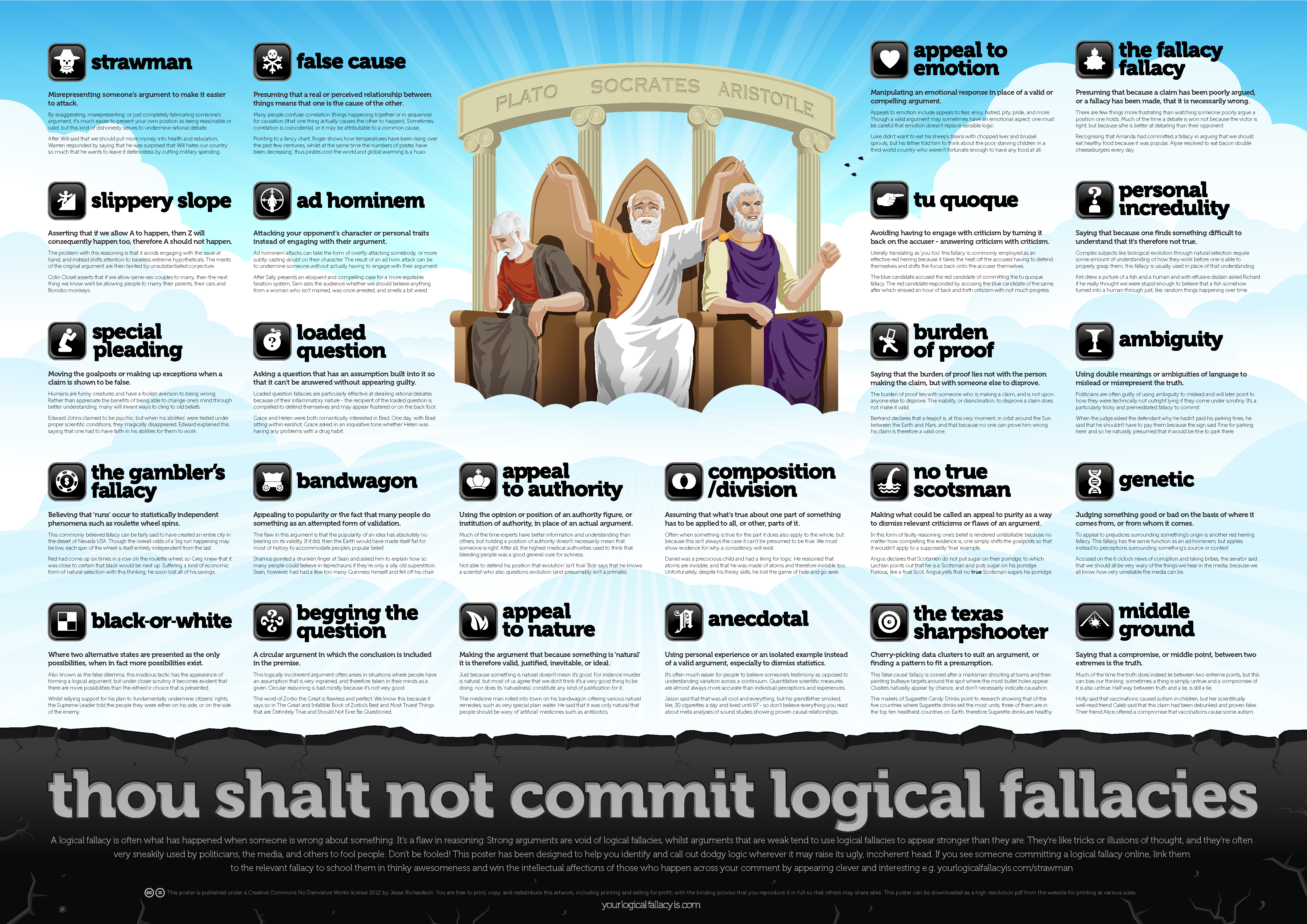 An informative speech is one that enlightens an audience.  These types of speeches can be on a variety of topics:

A good informative speech will: